Who we are & Geographical coverage

Galileo Information Centre for Mexico, Central America and the Caribbean.

The Galileo Information Centre for Mexico, Central America and the Caribbean is funded by the European Commission, Directorate General for Defence, Industry & Space – DG DEFIS.

The purpose of the Galileo Information Centre for Mexico, Central America and the Caribbean is to raise awareness on Galileo – the European Global Navigation Satellite System (GNSS). The objectives of the centre are to:

Members of the consortium

Telespazio Ibérica is part of Telespazio Group, a leading company in Europe in the provision of satellite technology services and GeoInformation applications. Telespazio Ibérica develops an intense R&D activity with outstanding participation in leading European programs in the field of space such as Galileo, EGNOS, Copernicus and COSMO-SkyMed.

everis is a multinational group that offers its clients high added value services and solutions covering all areas of a company’s value chain, from the definition of the strategy to the design, development, integration, implementation and maintenance of solutions technological. everis Aeroespacial y Defensa, S.L.U. (everis ADS) offers differential engineering solutions integrating innovative technologies developed by them, by the SMEs they invest in and by the partners with whom they have strategic alliances for defense, security and aerospace. everis is present in Mexico since the beginning of 2000, having a huge presence in multiple business sectors.

Geotecnologias is a company founded in 1955 with the objective of providing services and products for Geographic Information Systems (GIS) and Global Positioning Systems. Geotecnologías currently has offices in Costa Rica, Nicaragua and Guatemala, providing a comprehensive service in the sale, support, installation, education and implementation of Geographic Information Systems and Geo-positioning by satellite systems (GNSS).

Telespazio SpA is one of the world’s main players in satellite solutions and services. Telespazio SpA is at the forefront in many sectors: Telespazio is a leading company with activities ranging from the design and development of space systems to the management of launch services and in-orbit satellite control, from Earth observation services, integrated communications, satellite navigation and localization, to scientific programmes.

ENAIRE is the leading Air Navigation Service Provider in Spain, the fourth largest in Europe, providing ATM & CNS services to more than 2 million flights/year, in a 2,190,000 km2 airspace and in 22 airports. ENAIRE is an active company in the R&D in the field of ATM & CNS, and has an extended experience in the implementation and use of GNSS Safety of Life Services in the aviation domain. 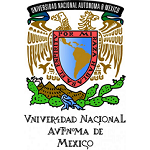 The National Autonomous University of Mexico is one of the world’s biggest universities. In the academic world it is recognized as a university of excellence. UNAM responds to the present and looks to the future as the most important cultural project in Mexico. It stands out as one of the best universities in Latin America and one of the most active in technological and research matters, generating several strong research publications and patents in diverse areas, such as robotics, computer science, Telecommunications, Aerospace Engineering, mathematics, physics, human-computer interaction, history, philosophy, among others.

The Polytechnic University of Madrid is the largest technical university in Spain, integrating 16 engineering schools, 5 research institutes and 14 R&D Centers. The Polytechnic University of Madrid has among its objectives the creation, development, transmission and criticism of science, technology and culture. It has national and international recognition and has the double seal of Campus of International Excellence, a distinction that endorses the quality of its teaching and research activity. This University is very active fostering international worldwide collaborations and provides sustainable and extensive cooperation with industry in technology transfer programs (contracts).

Read More
We use cookies on our website to give you the most relevant experience by remembering your preferences and repeat visits. By clicking “Accept All”, you consent to the use of ALL the cookies. Read More
Accept AllReject All
Cookies Policy